Inspired by King Cajun in Orlando and the vacant space located on 13th street, Son Vo, owner of Swamp Boil, decided to open up his very own seafood boil restaurant. Last week, I sat down with Son and he shared the story behind Swamp Boil, along with his family’s entrepreneurial background and their love for seafood.

Swamp Boil is located north of campus on 13th Street next to BC Boba Tea & Ice Cream and Luxury Nails & Spa, both owned by Son’s family. Son shared how his family owned the lot and how he came up with an idea of how to make use of the empty space next to their businesses. Though they never planned to open a restaurant in the midst of a pandemic, Son explains that while it has been challenging, its opening has been a “blessing in disguise” since it allows them to focus more on their customers and employees.

Eating the delicious dishes from their menu was certainly a treat, but dining in at Swamp Boil was an experience in and of itself. Enjoying their unique Vietnamese fusion dishes while sitting in front of their beautiful gator mural under twinkling lights really made for an amazing atmosphere. Its welcoming and delightful environment really makes for a great restaurant for events such as birthdays and date nights.

Because of their diverse clientele, Swamp Boil caters to many with their assortment of food.

Their variety of dishes and the Cajun/Vietnamese fusion is what sets Swamp Boil apart from other seafood restaurants. The countless options on their menu appeal to seafood lovers, picky-eaters, and vegans alike. Son’s goal was to make Swamp Boil a place where anyone with any preference can walk in and find at least one thing they would want to order on the menu. It is guaranteed that there is something for everyone at Swamp Boil.

To perfect their menu, Son explained how they began each recipe with the traditional foundation of his family’s Vietnamese recipes, which the head chef at Swamp Boil would then take and put a Cajun spin on them.

As soon as you order a boil, the staff is ready to bring you bibs, gloves, shell crackers, and wipes for the full seafood boil experience. Starting with one of their most popular dishes, the Floridian Boil, topped with Swamp Boil’s homemade Shabang sauce, was to die for. I split the mouthwatering boil with two fellow Byppo seafood lovers and we still had leftovers for days. It was a very hands-on, high-energy meal that brought so much flavor in every single bite.

Among the other fun appetizers and entrees on the menu to try, I ordered the Braised Star Anise Pork Belly, which, according to Son, is local star Ryan Lochte’s favorite off the menu. Their side of “Dirty” Rice was unlike any other type of rice I’ve ever had. The rice was tossed with fried onion, scallion, parsley, and cilantro, and I honestly could not get enough of it. The Pork Belly was sweet with some tangy flavors which made for a heavenly meal.

Next was the Gumbo that Son described as “non-traditional traditional” Gumbo because of the Viet-Cajun spin they add to it. The plate could easily feed multiple people and came with an assortment of chicken, shrimp, scallops, crawfish, and andouille sausage. It also came with a choice of rice which we decided to go with the turmeric. The turmeric rice was flavorful enough on its own but combined with the Gumbo, I can definitely see why it’s a fan favorite!

Aside from these delicious plates, there are many more options on the menu with names that take on some very recognizable pop culture puns. Under their “Light Bites,” you can find their popular W.A.P. (Wild About Pickles) dish that I definitely plan on trying when I visit again. Another fan favorite is the handheld Chicky-Chicky that is a fun “Viet-Cajun style chicken tender pub-sub.” Even their drink menu has some creative names and recipes that are certainly tempting to try.

I can easily say that I’ve never been to a restaurant quite like Swamp Boil. With its interesting history, the wide selection of food, and friendly ambiance, Swamp Boil is an amazing place to go with family, friends, or even on your own! There’s always something new to try and it’s all absolutely incredible. Swamp Boil is soon to become a Gainesville favorite!

Swamp Boil is coming to Byppo very soon. For first-time customers, get $1 off your first order with Swamp Boil!

Germain’s: Heaven in the Form of a Chicken Sandwich 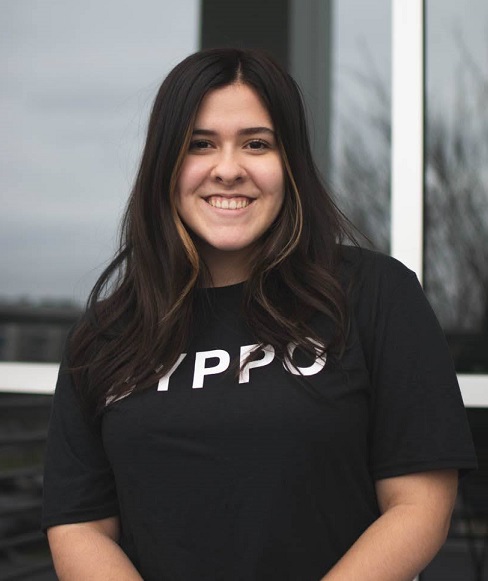