Wahoo Seafood Grill, located on the west side of Gainesville, has been serving homemade and heartfelt seafood to the local Gainesville community since 2013. Founded by long-time food lover and seafood connoisseur, Shawn Shepherd, Wahoo has been a go-to spot for fresh seafood for years.

At one of Wahoo’s live music nights last week, I got the chance to sit down with the manager, John Major, to dive into the storied history of the restaurant and the exciting future he has in store for them. With one of Wahoo’s regular weekend musicians strumming on stage, John shared his love for and history with Wahoo and introduced me to some of the best seafood dishes I’ve had in Gainesville.

After working in the restaurant industry all his life, John seems to have found his calling at Wahoo. John says he’s started off working at corporate restaurants, and he’ll never go back. He describes the warmth and friendliness of Wahoo as if it was a completely different world compared to the “corporate-style restaurants” he’s worked at before. True to his words, upon entering Wahoo the first time myself, I could instantly feel what he described as “the love and atmosphere that only exists at a locally owned place like this.”

Wahoo Seafood Grill has live music every Thursday through Sunday. Wahoo aims to support local artists and provide their customers with a relaxed and inviting atmosphere as they enjoy dinner with their loved ones. Wahoo sees a lot of familiar faces throughout the years, especially since they cater more to local Gainesville families and workers. But John plans to bring in a younger crowd, namely UF and Santa Fe students, through a college music night by inviting younger student musicians to the stage. We can expect to find a much livelier and younger crowd as Wahoo incorporates these events into their weekend live music night schedules.

Even though COVID has caused Wahoo to adjust their dining room and seating capacity throughout these past few months, their service, and most importantly, food, have remained just as outstanding before. With award-winning soups and burgers, Wahoo’s menu is one that is sure to have something for everyone.

Starting off with their famous Crab Bisque, Wahoo kicks off dinner strong with their many choices for appetizers, soups, and salads. Paired with their Boom Boom Shrimp and Crab Cakes, I couldn’t get enough of the home-made sauces that came with these small but mighty starters.

For the main dishes, I went with John’s favorite, the Etouffee. Taking his veteran advice and opting for the Catfish, I can definitely say this is unlike any other seafood dish I’ve had before. This New Orleans staple featured fried catfish served over rice, all covered in Wahoo’s Etouffee sauce. The flavors reminded me of a delicious home-cooked meal, and I can understand why John says that he “can put this sauce on absolutely anything.”

Next up was my personal favorite. Wahoo’s Almond Crusted Salmon had a delightful mix of sweet, salty, soft, and crunchy all in one. The savory, juicy salmon paired beautifully with the sweet flavors of the mango coconut rice, and the toasty almond crust was a perfect contrast to the soft and sticky nature of the rice.

Last and most definitely not least, I tried Wahoo’s famed Wahoo Oysters. As someone who doesn’t eat oysters often, even I couldn’t say no when I saw these butter, garlic, and parmesan topped oysters. Needless to say, these Wahoo Oysters were some of the best oysters I’ve ever had. This was the perfect addition to dinner at one of Gainesville’s leading seafood restaurants.

Wahoo Seafood Grill has served Gainesville daily fresh seafood with a warm and inviting atmosphere since 2013. If you haven’t had the chance to stop by Wahoo, make sure to head over to their place on one of their live music nights to enjoy the ambiance and food that local Gainesville families and foodies have been a fan of for so long. 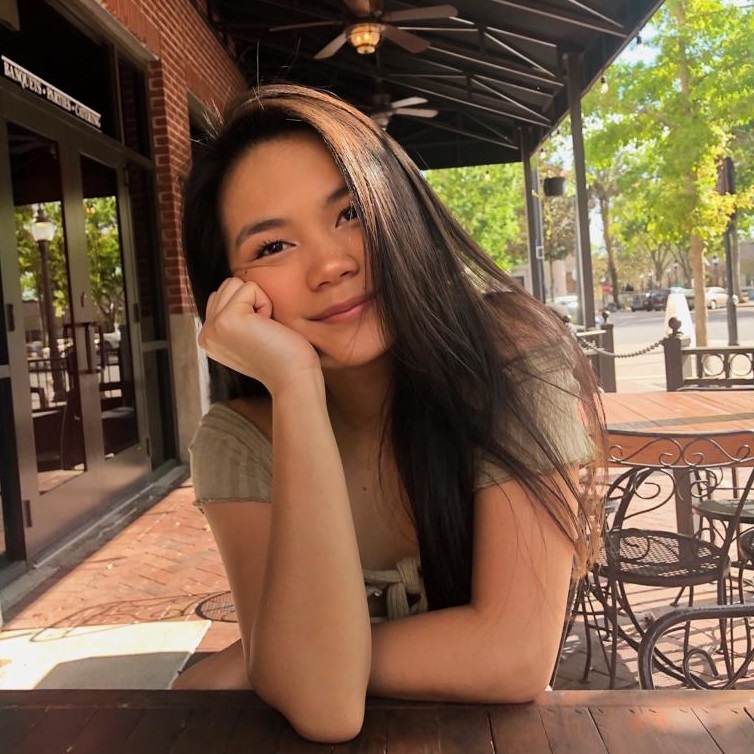 Angela Chan
Angela is a second-year Information Systems student studying at the University of Florida. She is a marketing intern for Byppo and is pursuing a Combined Master's Degree in Information Systems. When she's not busy studying, she enjoys thrifting, eating sushi, and taking photos.